It's been a while I guess. Not that long really, only about a month, but that's like 6 months in september years. I swear, this month is the slowest-passing month of the year. I don't know what it is, maybe the beginning of the school year has something to do with it. Yeah, it definitely does.

September is the month that kicks off 'Le Grind.' While enunciating 'Le Grind' somewhat makes me feel like a white girl drinking Starbucks chai tea, I find that it is the best way to put the chaos of this ninth month into words. Schoolwork just begins piling on when we are no more ready or motivated than we were in mid-summer. At the same time, the biggest season of the year is slowly gaining in intensity and in trackie mentions. Days get shorter, and hours become more valuable. Pressure aside, I love it.

I have been getting into a pretty kick-ass groove lately with the training picking up in intensity. The lifestyle has already taken an air of regularity and routine, which is something that can be as painstakingly boring as it can be wildly rewarding. As runners, we usually see it as the latter. Here, we run on a metronome. You could give me any time of day, any day of the week, and I could probably tell you where I am. Of course, none of us could live like this all the time, but as cross country season kicks into gear, we almost feel it to be our duty. There is something unique about maintaining a consistent control over oneself that can breed the results that we dream of, but dare not to reveal out loud.

I may go on a bit of tangent here, well not really. Wow, my psych prof is already having an influence on me. Anyway, why do we sometimes refuse to reveal our goals out loud? Does this masking of our most inner aspirations come from the fear of being shunned or even laughed at? When we talk about what we want to achieve, we always seem to downplay what is actually resonating inside of us, perhaps for the simple purpose of not being put on a pedestal and letting ourselves garner expectations. Also, does keeping those goals quiet and hidden actually hold us accountable to them? Or are they forgotten in the mainstream? I know that some goals I have may seem out of my realm of possibility, and I'm not only talking in terms of running. Some things that I would want to see happen may sometimes seem unlikely to me, but does that make it wrong to thrive for them? To vocalise them? Does taking risks and sometimes pushing the envelope put me behind in any way? Not yet. It's just so easy to lose focus on what we want, when we fail to remind ourselves of it every once in a while.

So, that was my spiel for the day. We should move on to racing before my train of thought gets lost. At this point, the next post from http://snowcoveredtrack.blogspot.ca is in the works, with all you need to know (and maybe a bit more), so I will only talk briefly about the racing side of things. Since we last chatted, I have partaken in three pretty neat races, counting our team time trial in there. Ok, minimal information includes, in no particular order:

- The X-men and X-women are looking sharp. Partly due to some good placing and spreading better than Nutella, and partly due to those new polos.

- I achieved a new personal best time over 8k at our first meet of the season.

- I have rediscovered the agony of racing longer distances. With the longer-lasting pain comes The Race Face. Some people have one, others don't. In my case, it's a work in progress. One of these is not from racing here at X, but I threw it in there just to give you a better idea. I have yet to find a flattering racing photo of myself. I'll work on that at next week's meet. 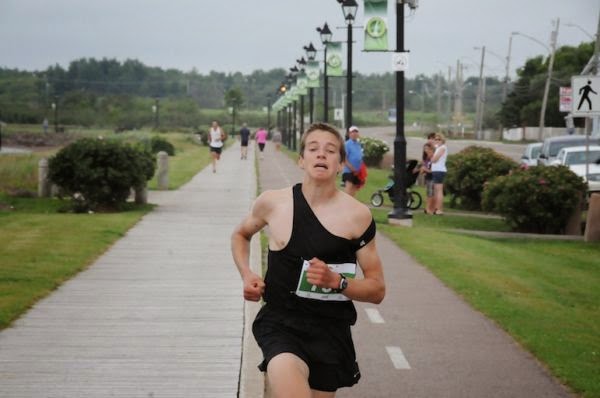 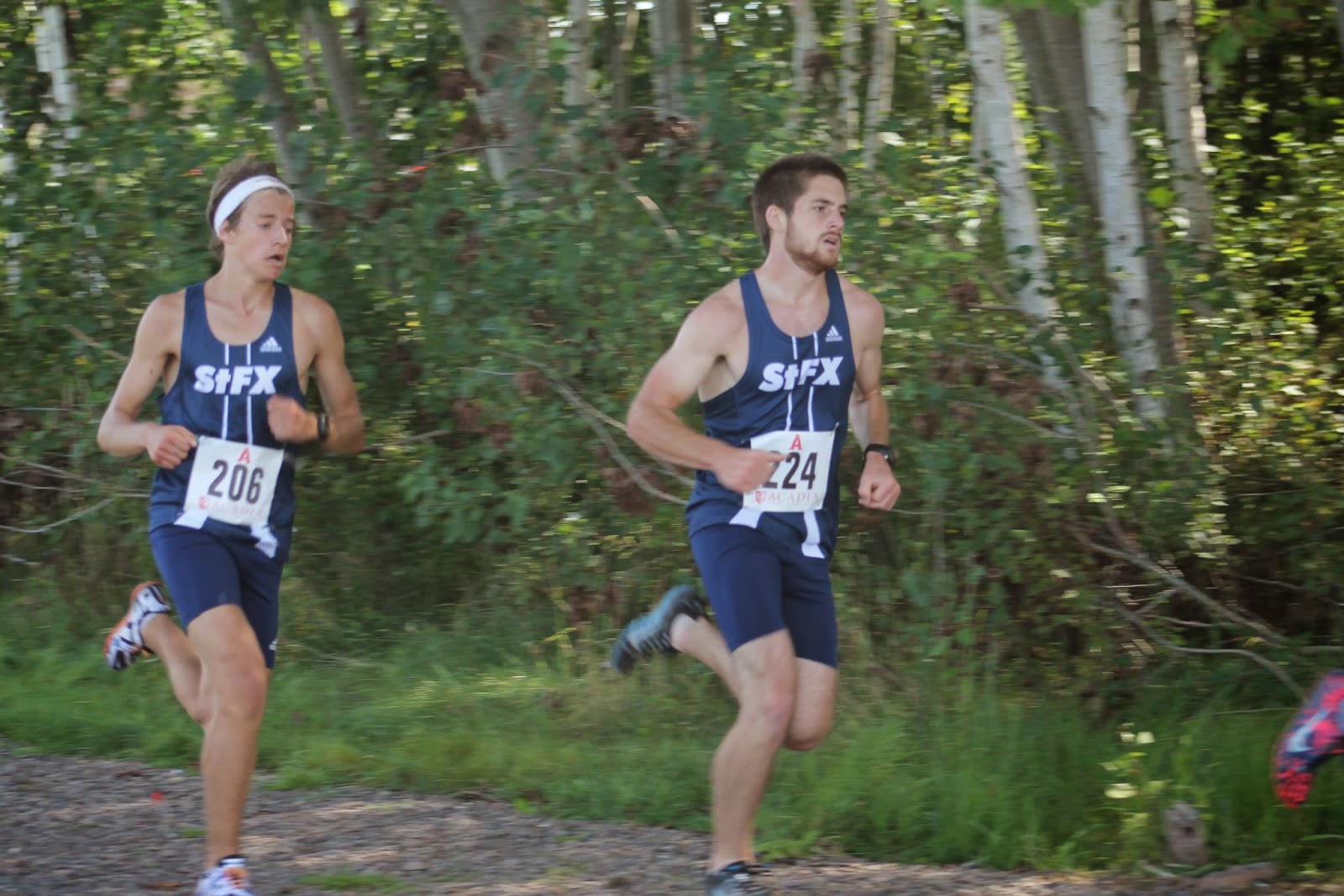 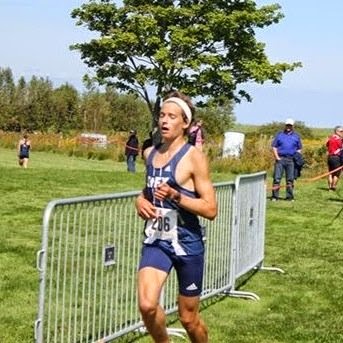 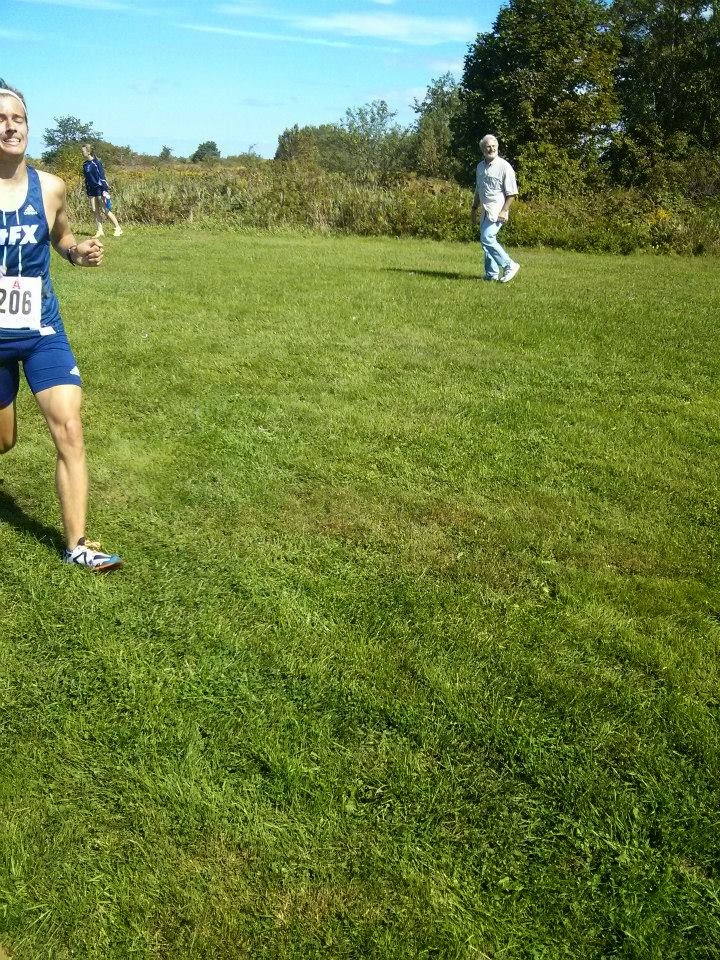 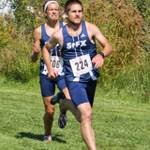 So that's all for today. I need to go look at carbon bonds for the next hour. The things they make us do here. Quoting one of my wisest friends (to read in a very slight, eastern ontario french accent:

'Maaan, wouldn't it be nice if we could just run? It would just get so fun to get into that groove. Like no studying, no partying, just run all the time, you know?'

We don't look further just yet.