A year ago, I finished my career as an X-Man.

A few days after that, I moved to Halifax for a summer of running. I was tired and broken from seasons passed, and became injured shortly after moving.

Three months later, and now nine months ago, I moved to Windsor with the hopes of recreating the momentum I had found in the blue and white singlet.

On May 20th 2018, an appropriate full month late, I am high. I am training, racing, and running personal bests with our great crew at UWAC. I have finally reached a good level of fitness at a location and time of year that allows me to jump into strong fields and challenge PBs on a weekly (or at least, bi-weekly) basis. I think I will be ready to reach my season's goals in the upcoming block of racing, as I feel that this fitness is still coming along.

More importantly, I am mentally dialled in and fully enjoying the process of the season.

Most importantly, I am friggin healthy (he says, as he reaches down to knock on his wooden desk).

I used to think it a bad omen to write in such an optimistic tone, because it could, like, get me jinxed or whatever. But, even though I do not like to rest on laurels and/or yannys (sorry I had to) - undergrad Wall of Narcissism notwithstanding - I see the value in taking a moment to appreciate a good string of training. It's ok to acknowledge the high, for it will serve as a reminder of how good it feels when we fight to get high again.

In other words, I think it's healthy to quickly stop and cherish the distance already travelled every now and then, as long as it does not distract one from the work ahead. It's healthy to recognize a high. Take it as a snapshot of the journey - a token of the grind.

So, without further ado, below is my latest snapshot:

Season opener. Had a good field to race with. I set out to click off 70 second laps, and more or less did so. I was excited about that one, as we had barely touched speed yet.

We had an excellent training camp down in Beaverton, Oregon, during the first week of May. With the help of Coach Gary, strong and flexible pianist Nick Falk, and cat-loving, selfie-taking fellow blogger Steph Aldea, I got through a few big workouts and many stunning nature-filled runs. Song parodies were made, ankles were rolled, and I ate my first ever Chipotle burrito on the Monday, and then my second ever on the Tuesday. Delicious.

The race at Hayward Field was surreal. I hopped on the back of a fast section and let the venue work its magic. This meet was one of the last ones to be run on this version of the historic site, as the stadium is getting renovated for the 2019 World Champs. I feel fortunate to have had the opportunity to race here before they take it down. A few pictures of our trip: 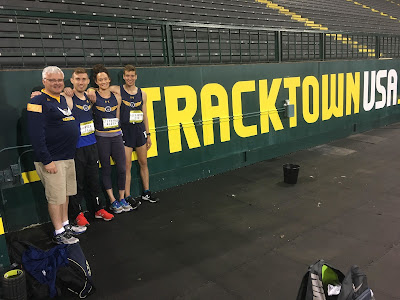 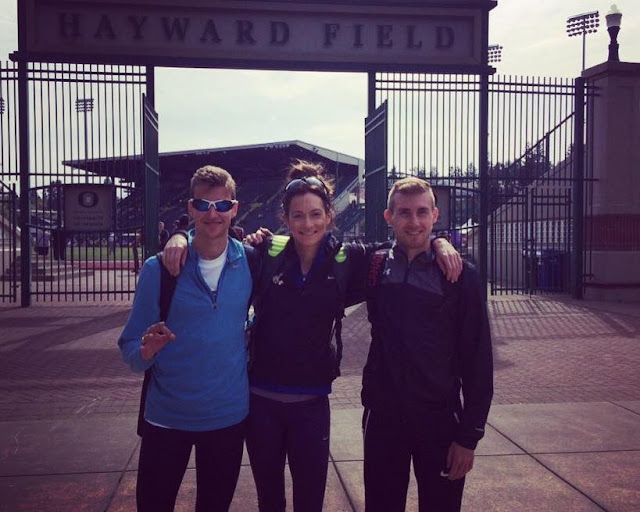 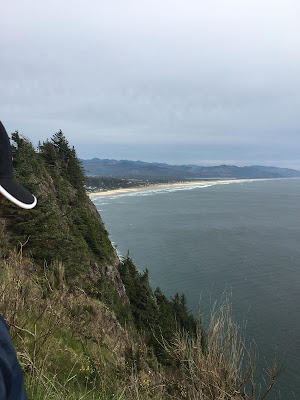 All day, I tried to hype myself up to run sub-3:50. By the time my positive self-talk took on a Shia Laboeuf-esque quality, I figured it was time to leave the house and head over to the track. The technique got me through a few quick first laps, dragged on by some quick Speed River-ers and Old Reliable (Falky - seriously, he's like a Honda Civic), but I faded in the last 300m. I was a bit disappointed, because I really think the fitness for sub 3:50 is there. It will be for next time. 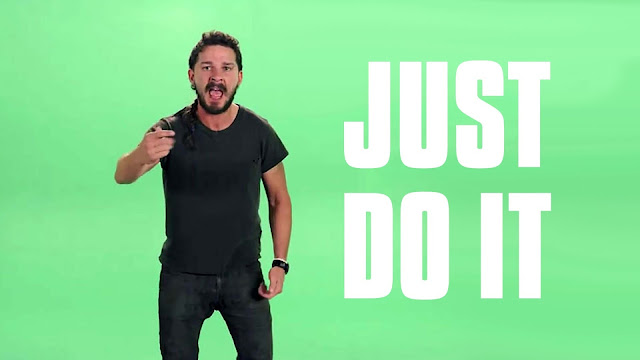 So that is the first half of my summer season, and I am happy with it. I needed a tangible reminder of why I cared for the sport so much, and these training days - this high - have given me that. I really enjoy writing about running, and watching it, but I was yearning to experience it all first-hand again: the agony of speed workouts, the thrill of running a personal best, the highs and lows of a full season. These past few months reintroduced me to the competitive side of running, and made me hope that there is still plenty of room to grow as an athlete. Obviously, I could walk away from the sport right now cherishing the friends made, the rap videos created, and the collection of mentions of my name on Not Trackie's Twitter account, but I would remain sorely unsatisfied with my competitive career. Just that thought makes me realize that I want to stay in it for a while.

To keep running well and improving, I need to uphold this level of consistency. I want this high to be no high at all, but rather a state of equilibrium that can be more or less maintained for following seasons. I have been dedicating more time than ever to injury prevention and body maintenance (no, not shaving my legs, @AlexNeuffer /@AndrewNebel/ @NicholasDalessandro); lots of rolling and activation exercises before every run have been key.

Upcoming Races - Though subject to change, there are a few races in which I hope to compete over the next month:

And....
I will be making an announcement in the next few weeks, and I'm excited to share this news with the readers of this blog. It involves running, writing, and Antigonish. Three of my favourite things. Stay tuned! 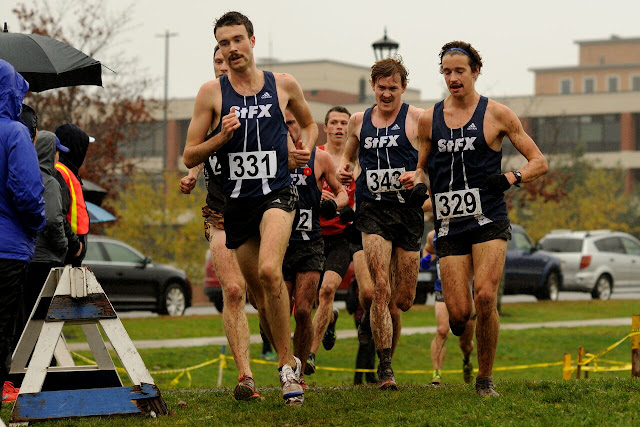 Sending you all four sheets,
AC